Imagine that: Big Soda today admitted to paying health experts to oppose soda taxes. After being called out yesterday for doing just that, the American Beverage Association today announced it would suspend payments to dietitians and others to oppose soda taxes through posts on social media. With just over a month until Election Day, Big Soda has spent nearly $14 million to fight soda taxes in the Bay Area alone as voters in Boulder, San Francisco, Oakland, and Albany prepare to hit the polls. … A new report ranks HFA among the key influencers in the soda tax debate. … Learn new insights on how retailers and advertisers push sugar on kids. … We also call out Coca-Cola’s college marketing gimmicks and keep you up to date on the science of sugar with the latest edition of Research Watch.

Big Soda is taking heat for its underhanded practices including paying dietitians to oppose soda taxes through posts on social media. It has already topped $10 million in spending against San Francisco’s sugary drink tax and $3.8 million against Oakland’s (and the American Beverage Association just reported another $2 million contribution in San Francisco yesterday). Many in the Bay Area and Boulder are speaking up about why they support the soda tax measures while a new poll shows Philadelphians support the city’s soda tax. No wonder Big Soda is turning to so many desperation tactics as we get closer to Election Day. Read more.

Did the sugar industry trade association influence a major scientific review on sugar and heart disease? How do warning labels on sugary drinks impact 12-18 year olds? When look-alike versions of junk food are sold as “Smart Snacks” in school, do students think the junk food is healthy? Find out in this month's Research Watch.

Want to have Research Watch delivered directly to your inbox when it’s published? Sign up at www.healthyfoodamerica.org/join and check the “Research Watch (monthly)” box.

Parents are becoming ever more concerned about the amount of sugar their kids are ingesting, yet U.S. children are eating three times the recommended daily limit. Three recent reports offer new insights as to why that is (Hint: It’s not because parents don’t care.) Read more. 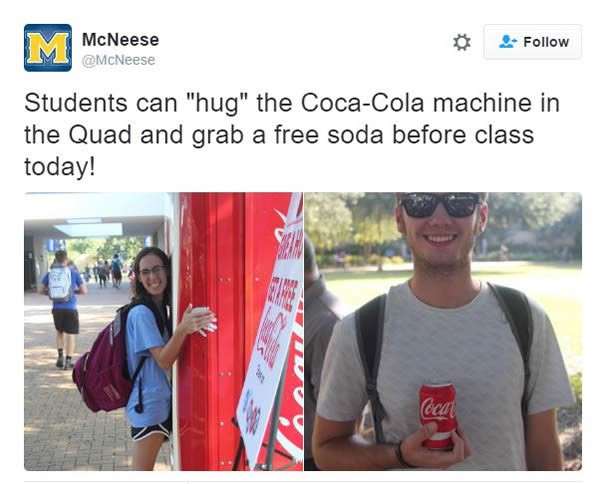 Why are some public universities being used for Coca Cola's marketing gimmicks instead of teaching students about the health harms of sugary drinks? While Louisiana’s McNeese University promoted “Give a hug, get a free Coca-Cola”, some in California are phasing out soda sales and joining the National Drinking Water Alliance. Read more.