You have to wonder what public colleges and universities think they’re teaching their students when they partner with Coca-Cola to push soda rather than educate them about the health risks from sugary drinks.

Take McNeese State University, for example. Last week we noticed this tweet from the Lake Charles, LA university’s account encouraging students to “hug” a Coca-Cola machine to get a free soda. 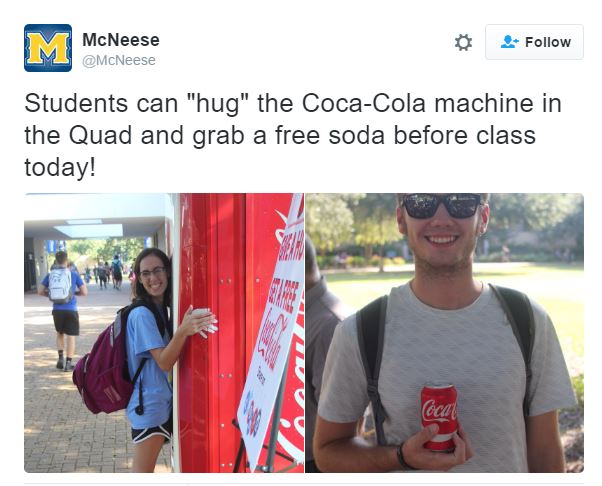 We shared the picture with our Twitter followers and wrote, “When universities put Big Soda's profits ahead of student health, we all pay the price.”

The university’s Twitter account replied, “We appreciate your input; perhaps you’d like to help promote the nutritional program run by our students?” with a link to the Facebook page of “Stand with SAND”.  So we took a look, and SAND (Student Academy of Nutrition and Dietetics) is indeed worthy of promoting. We were happy to see its Facebook page had a number of posts encouraging people to drink water instead of sugary drinks.

We then looked through the McNeese Twitter feed to see how the university was promoting this nutrition program run by its students.  On that day we found no recent tweets from McNeese touting SAND or its messages. However, the account had retweeted this promotion for sugary drinks: 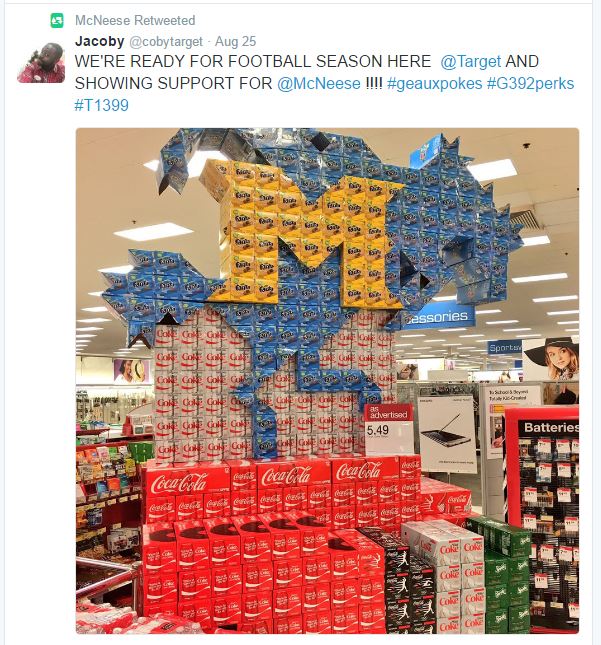 So we promoted the student run nutritional program as McNeese suggested:

McNeese “liked” our tweet and a few hours later, to their credit, used the official university account to promote the student nutrition group. 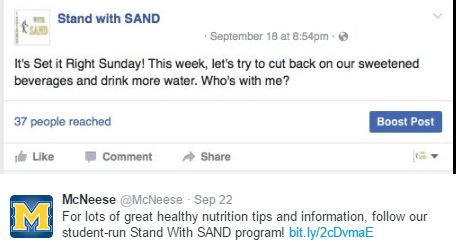 It turns out that McNeese wasn’t the only university in Louisiana that Coca-Cola used to market sugary drinks to students.  The University of Louisiana at Lafayette also promoted the “Give a hug, get a free Coca-Cola” gimmick: 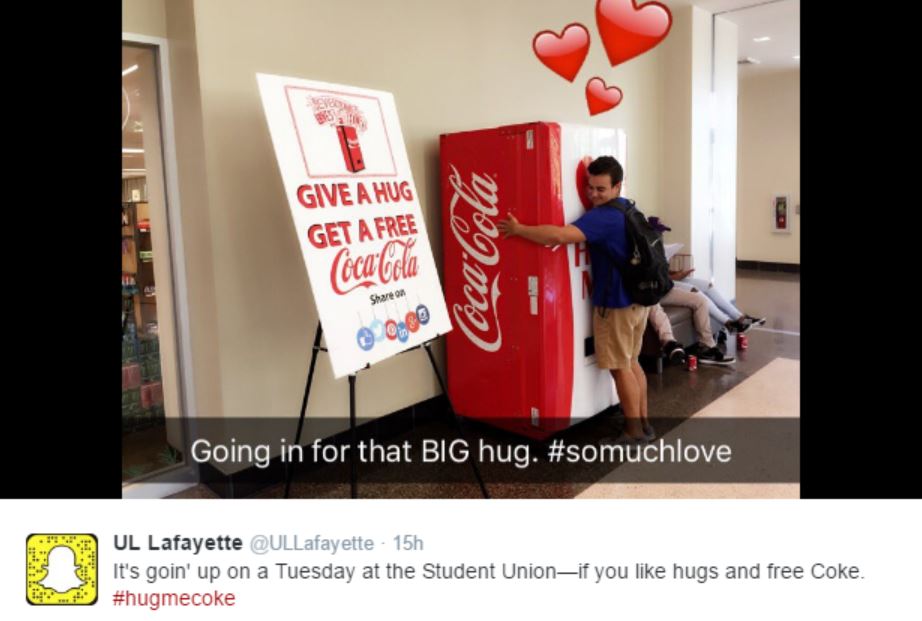 Dr. Taniya de Silva, associate professor of clinical medicine at LSU Health New Orleans School of Medicine, recently described Louisiana as, “the obesity-diabetes heartland of America.” So why are its public universities being used for Coca Cola's marketing gimmicks instead of teaching students about the health harms of sugary drinks?

In contrast, some universities are rethinking their relationships with Big Soda. The University of California, San Francisco (UCSF) in July, 2015 became the first higher education institution in the nation to phase out the sale of some sugary beverages campus-wide through a voluntary policy. UCSF’s chancellor wrote:

“The program has gained input from a broad group of faculty, staff and vendors on campus, including scientists who have been involved with the UCSF-led SugarScience initiative over the past year. That group reviewed more than 8,000 scientific papers and identified the most definitive science about the impact of sugar on our health, specifically the role of excess sugar in obesity, diabetes, heart disease, liver disease and dental caries … With such strong scientific evidence and so many of our patients suffering from these diseases, it seemed appropriate for UCSF to take action.”

The University of California is also part of the National Drinking Water Alliance (NDWA), a coalition working to ensure that all children have access to safe water.  The NDWA is working to make water “First for Thirst” instead of sugary beverages. It recently launched a new online resource for research, policy, access and education at http://www.drinkingwateralliance.org/.

For other ideas on how colleges and universities can join the effort to bring sugar back to healthy levels, visit our sugar advocacy toolkit at healthyfoodamerica.org.