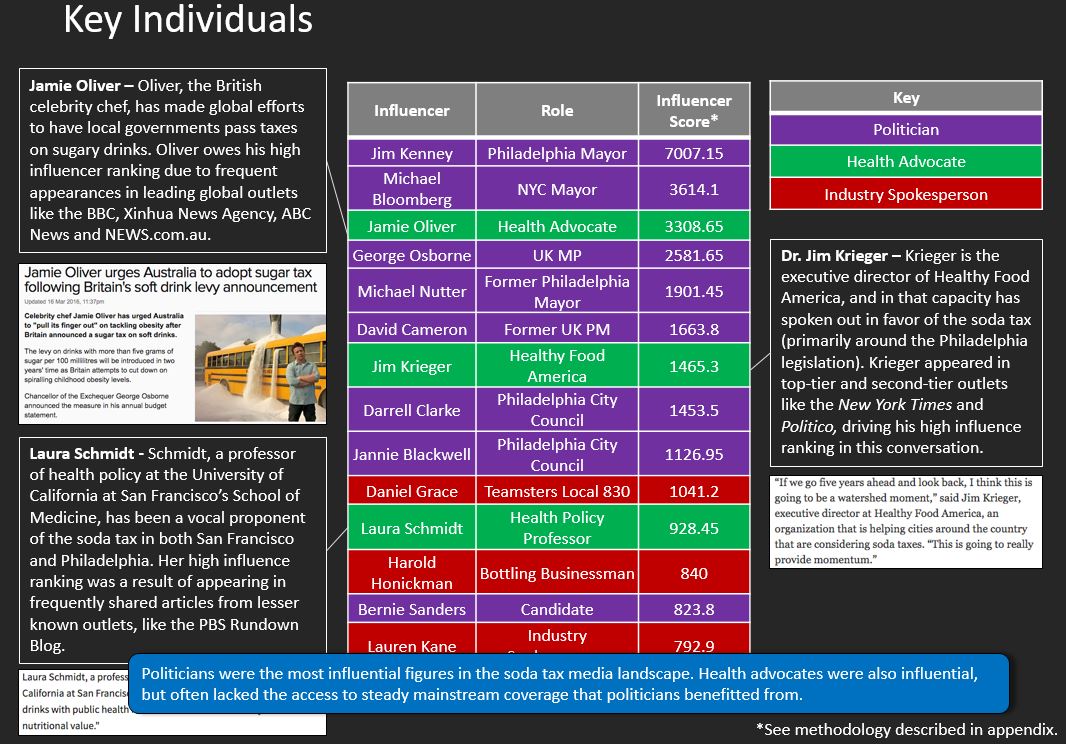 Jim Krieger was considered the second most influential health advocate, and seventh most influential individual overall. His quote about Philadelphia passing a sweetened beverage tax in June was also featured in the report:

“Krieger,” the analysts wrote, “appeared in top-tier and second-tier outlets like the New York Times and Politico, driving his high influence ranking in this conversation.”

HFA was among the top five “influencers” of the soda tax debate worldwide. HFA was the second most influential advocacy organization after CSPI. 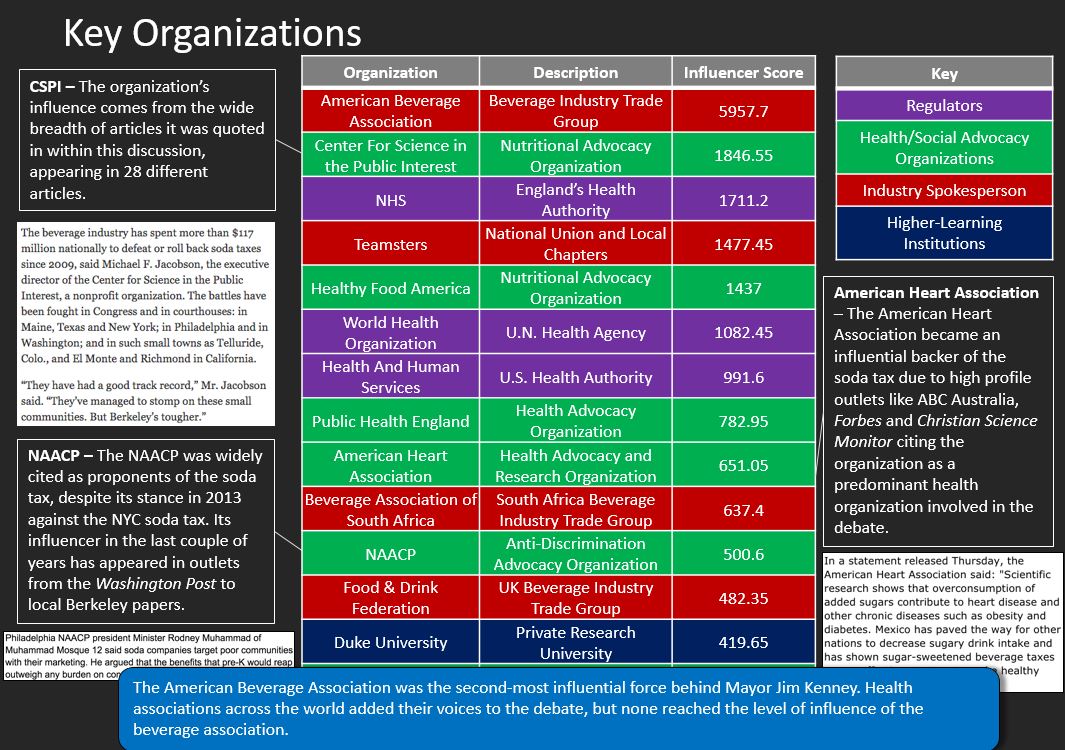 HFA has no connection to Quid, but we were gratified at their estimate of the impact our organization has had since we launched early this year.  Tellingly, though, all of us on the pro-health, pro-consumer side lag well behind the American Beverage Association, funded predominantly by Coca-Cola and PepsiCo. Individuals and organizations on the side of health and social advocacy will need to continue to grow the movement and coordinate our efforts if we want to be heard over Big Soda.

Want to help? Join the movement at www.healthyfoodamerica.org/join.