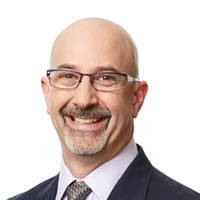 A principal at the law firm of Adler & Colvin, Eric has extensive experience in lobbying, legislative drafting, policy development and media advocacy, and has helped nonprofits and foundations across the country to understand the federal tax rules governing their advocacy activities. He has represented clients regarding the formation and governance of nonprofits and foundation, compliance with federal tax law, public policy advocacy, and the intersection of tax and election law. He served as director of the West Coast office of Alliance for Justice, and as policy director at the Coalition to Stop Gun Violence, the Million Mom March, and the Trauma Foundation. 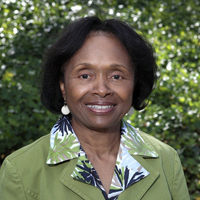 Dr. Maxine Hayes served 16 years as state health officer for the Washington State Department of Health. She worked closely with local health officials and the medical community statewide, and advised the governor and the state's Secretary of Health on health emergency responses, prevention of childhood diseases, and other public health issues. She served as an Associate Professor at University of Washington School of Public and Community Medicine, and as a faculty member of the Department of Maternal-Child Health in the School of Public Health. She was the medical director of the Odessa Brown Children's Clinic, which serves a predominantly low-income population in central Seattle. She was also appointed to the Physician's Task Force on Hunger in America, alongside many prominent physicians, health experts, academic, and religious leaders. She taught at the Department of Pediatrics of the University of Mississippi Medical Center and served on the Center for Disease Control's Advisory Committee for Immunization Practices.

Maxine has received numerous awards for her accomplishments, including the prestigious public health award from American Medical Association and the 2002 Dr. Nathan Davis Award for Outstanding Government Service. Maxine earned her undergraduate degree at Spelman College and her MD at the State University of New York School of Medicine in Buffalo. Her post-graduate training was in pediatrics at Vanderbilt University Hospital in Nashville, Tennessee, and at the Children's Hospital Medical Center in Boston, Massachusetts. She earned her MPH at Harvard University. 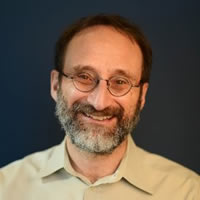 Dr. Jim Krieger, the founding executive director of Healthy Food America (HFA), is a nationally recognized expert in the development and evaluation of community-based programs to prevent and control chronic disease. In his previous role as Chief of the Chronic Disease and Injury Prevention Section at Public Health - Seattle & King County, his work led to broad improvements in school nutrition and physical activity, creation of the nation’s second menu labeling regulation, reduced exposure to sugary drinks, expanded access to healthy foods for low income people, support for healthier built environments, and adoption of smoke-free policies for all public housing units. Jim’s work has been funded by NIH, CDC, HUD and many private foundations.

Jim, who is a Clinical Professor of Medicine and Health Services at the University of Washington, was a member of the Institute of Medicine Committee on Childhood Obesity Action for Local Governments in 2008-2009 and on its Committee for Evaluating Progress in Obesity Prevention in 2012-2013. He has received numerous awards for his work, including the US Secretary of Health and Human Services Innovation in Prevention, the HUD Healthy Homes Innovation, and the US EPA Children’s Environmental Health Excellence Awards. Jim received his undergraduate degree at Harvard, completed his MD at the University of California, San Francisco in internal medicine, and received his MPH at University of Washington. 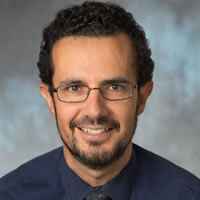 Matias Valenzuela is the Director of the Office of Equity and Social Justice for King County, Washington. He served as the Public Education Coordinator for Seattle & King County Department of Public Health where he led health educations programs and campaigns. His areas of expertise include health communications, development communications and social marketing. He is an Affiliate Assistant Professor at the University of Washington School of Public Health and Community Medicine. He has worked as a print and broadcast journalist in the United States and abroad. Matias received his MA and PhD from the University of Washington's Department of Communication.
Do you like this page?
Tweet