With Labor Day behind us and campaign season in full swing, developments are coming fast and furious in the four cities with soda taxes on the ballot: San Francisco, Oakland, Albany, CA and Boulder.

“If three cities of differing size and demographics approve a tax, a nationwide push will gather strength. A more positive and healthy trend could reach an irreversible turning point.” 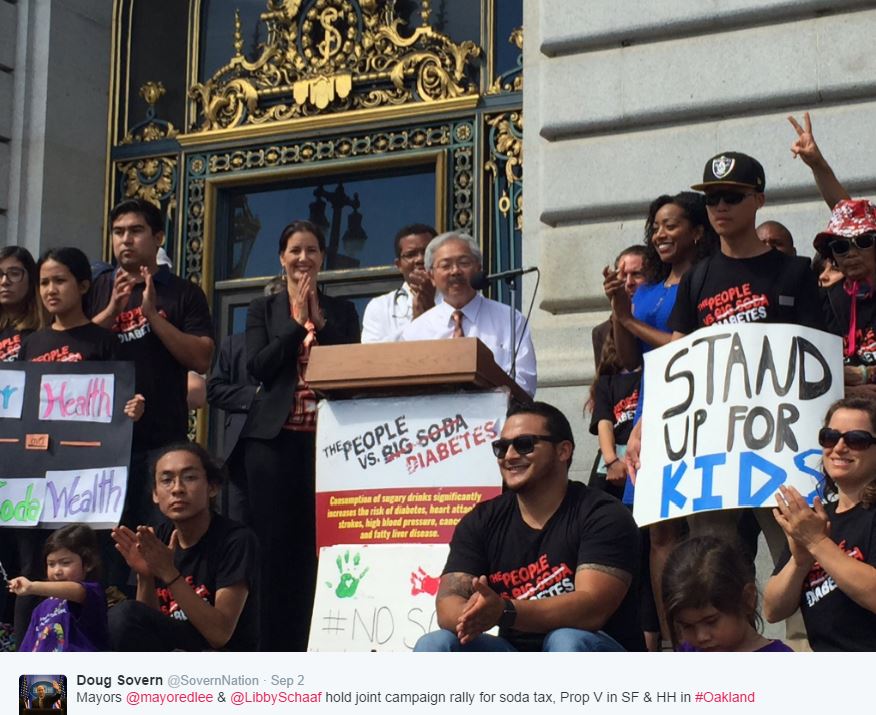 That same day a court dealt a major blow to Big Soda’s attempts to characterize a sugary drink tax as a “grocery tax,” as the soda companies’ torrent of mailers has claimed. Attorneys representing Coca-Cola and PepsiCo’s American Beverage Association (ABA) wanted to strip from voters’ pamphlets lines stating that small businesses will be exempted and that “the tax is not paid by your local grocer.” But the Alameda County Court commissioner ruled that “the soda tax is in fact only a tax on soda” and not a "grocery tax" as lawyers and advertisers for Coca-Cola and Pepsi have tried to spin it.

The soda industry tried – and failed – to use legal action to stop voters in Boulder from having their say on a sugary drink tax, even though more than 9,000 signatures had been collected in support of the initiative. On Tuesday a Boulder District Court Judge threw out that challenge, upholding the city clerk’s finding that:

"The petition as signed by the voters was not deceptive. It stated accurately the terms under which a tax on sugar-sweetened beverages would be administered if the voters had approved the measure proposed in the petition."

In addition to what the soda giants Coca-Cola, Pepsi and others have spent on legal fees to fight taxes on sugary drinks, they are also pouring money into political action committees. A nonpartisan research organization that tracks money in politics reported that the ABA gave $545,000 to battle San Francisco’s measure and $600,000 to fight Oakland’s. They are starting to ramp up their spending on misleading advertising campaigns between now and Election Day with Politico reporting that the beverage industry has reserved $9.5 million of TV air time in the San Francisco media market.

Big Soda’s ads won’t go unchallenged, however. Supporters of the sugary drink tax have started running their own ads after recently receiving $440,955 from former New York Mayor Michael Bloomberg. His donations helped balance the playing field against Coca-Cola and PepsiCo with soda tax wins in Berkeley and Philadelphia. In less than nine weeks, we’ll know if San Francisco, Oakland, Albany and Boulder will be the next cities to score similar victories for children’s health. To stay up to date with the latest developments, sign up for our daily media updates at healthyfoodamerica.org.