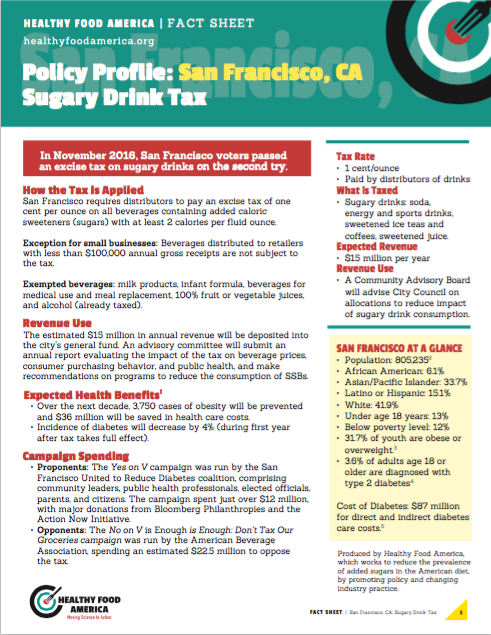 Of course, every campaign has its own wealth of stories to tell. You can hear about some of those in our recent webinar, Insights on soda tax victories from their political strategists.

Here are the new profiles:

San Francisco, CA: On their second try, voters in 2016 passed 1-cent tax with 62 percent of the vote. Download our San Francisco profile

Oakland, CA: On the same day in 2016 as two other Bay Area neighbors, Oakland adopted a 1-cent tax . Download our Oakland profile

Albany, CA: For the 2016 trifecta, Albany joined its Bay Area compatriots in passing a 1-cent tax on Nov. 8. Download our Albany profile