Harvard researchers found the Cook County tax has the potential to reduce diabetes, extend lives, and avert $222 million in health costs over 10 years. 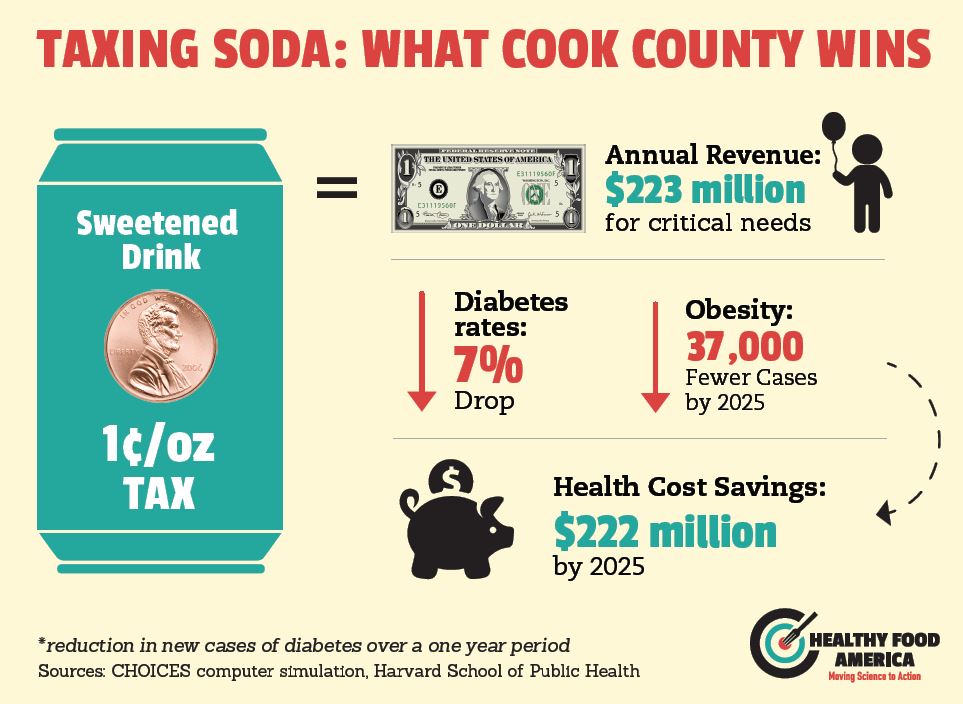 Combined, the seven Bay Area, Philadelphia, Boulder, and Cook County taxes will bring in estimated revenues of over $342 million per year. They will also extend thousands of lives and cut diabetes and obesity rates while saving more than $360 million in healthcare costs over the next decade.

I congratulate the Cook County Illinois Board for passing its sugary drink tax. This effort was led by Board President Toni Preckwinkle and supported by local and national health organizations. This brings the total number of people benefitting from sugary drink taxes across the nation to over 8 million people.

Tax advocates have won seven of the past seven tax campaigns, five of them in the past two days. Big Soda spent over $42 million this year alone to defeat taxes on sugary drinks but these seven communities have now taken on the likes of Coca-Cola and Pepsi and prevailed. Communities now know they can stand up to Big Soda and win. We expect to see many more tax measures pass in 2017.