Advocates have been hard at work this summer building support with voters in Boulder and the Bay Area as campaigns accelerate toward November’s ballot initiatives on sugary drink taxes. The soda giants already are spending big bucks in a desperate attempt to distract voters from the truth about how these taxes benefit communities. Meanwhile, in Philadelphia preparations are proceeding for implementation of the soda tax in January.

The beverage companies ended up spending $10.6 million in their unsuccessful fight against Philadelphia’s tax on sweetened drinks. Although the American Beverage Association has vowed a court challenge, the city is pushing ahead with tax-supported hiring to expand prekindergarten and create community schools, which will become hubs for social services for the surrounding neighborhoods.

The city is also creating positions to ensure a smooth rollout of the tax, including customer service, compliance, and education coordinator jobs to help everyone involved understand what the tax is and how it will work. 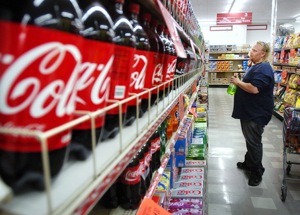 San Francisco, Oakland and Boulder may need to do the same if voters approve sugary drink taxes in those cities this November. Big Soda has already shelled out $631,935 trying to defeat San Francisco’s Proposition V and $747,267 against Oakland’s Proposition HH. The American Beverage Association is funding a massive, deceptive ad blitz claiming the tax will increase the prices of eggs, bread, and milk. Oakland councilmember Annie Campbell Washington didn’t mince words about Big Soda’s deception:

"What we’re up against is a campaign that’s willing to lie.  They’re flat out lying about what this is."

The industry is also spending big bucks in Boulder to try and keep the sugary drink tax off the ballot. The Colorado Beverage Association financed a legal challenge on a technicality to claim the more than 9,400 people who signed a petition in support of the ballot measure were misled.  Supporters of the ballot measure responded with this statement:

"We believe the protest has no legal merit and that the soda industry has no intention of winning the protest on legal grounds, but instead has filed the protest in order to distract the public discourse away from the real issue at hand, which is significant health inequity in Boulder."

A ruling on the matter is expected next week to decide whether Boulder residents will get the opportunity to stand up to Big Soda and vote to protect children’s health. Berkeley voted yes. Philadelphia voted yes. Now San Francisco, Oakland and Boulder may also vote yes. It promises to be an eventful 11 weeks between now and Election Day.

To keep up with all the latest developments on sugary drinks taxes, sign up for our daily media updates at healthyfoodamerica.org.