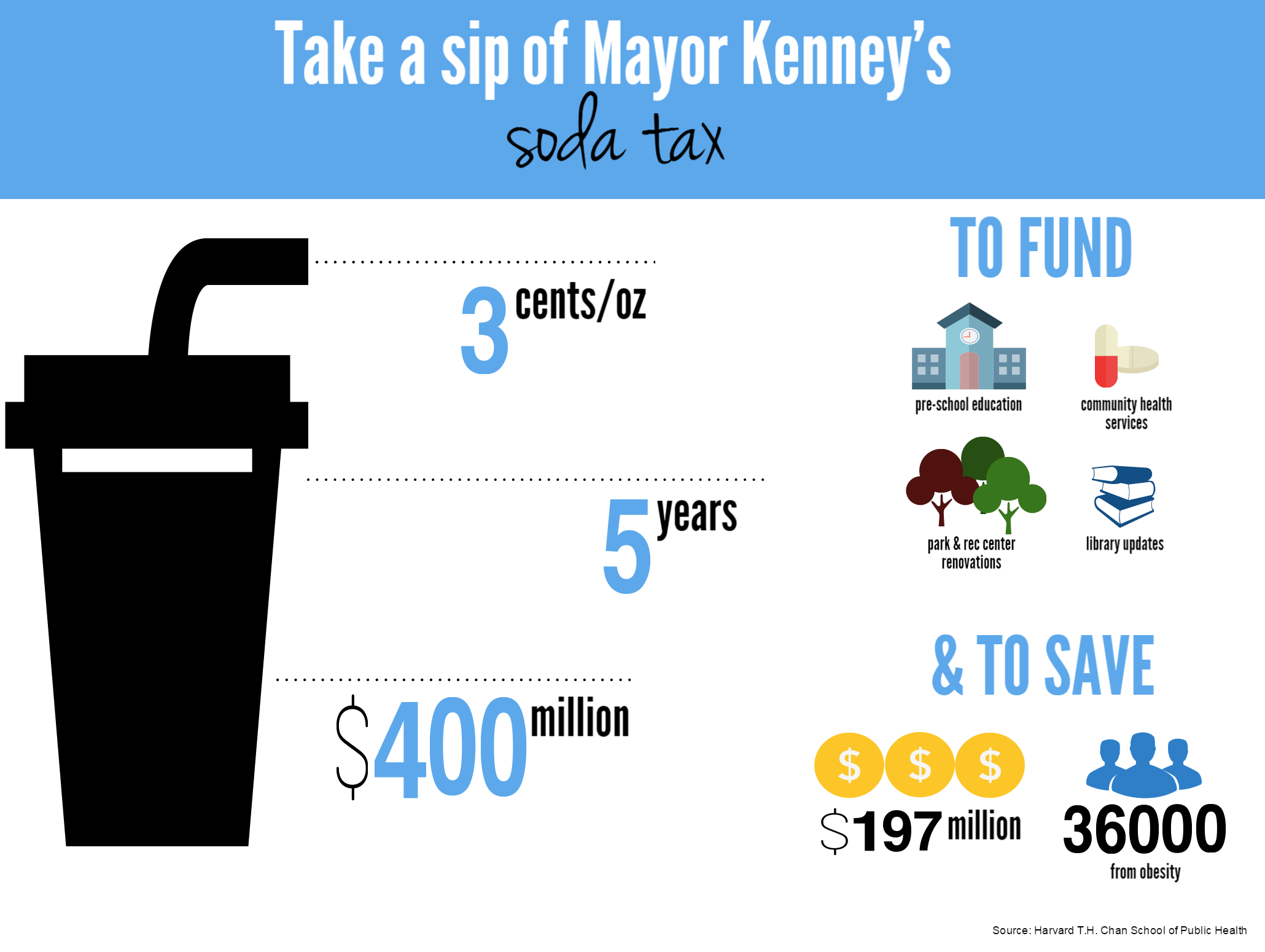 This week, Philly’s Sustainable Business Network of more than 400 businesses throughout the city and region announced its support saying, “In the end, the tax is the best way to pay for programs that will help our kids and what’s good for children is good for business in Philadelphia.”

Retired Philadelphia physician Gene Bishop wrote, “Supporting the soda tax lets me write a meaningful prescription that would take two actions at once: improving both individual health and the health of our communities.”

“The $1.4 million spent in the first quarter by the American Beverage Association is nearly three times as much as the overall amount spent on lobbying by every other entity that paid for lobbying in Philadelphia.”

Big Soda also protested by tying up traffic with Coca Cola trucks surrounding city hall. This stunt angered many of the citizens it was trying to persuade.

Opponents also called the sugary drink tax a “grocery tax” which sounds like an argument it pulled from Big Tobacco's playbook to fight cigarette taxes. (They even got Bernie Sanders to echo that line, which upset some of his supporters.) Supporters countered with the slogan “Smokes and Cokes? Not a Philly Grocery Tax."

In another parallel to the tobacco tax, Philadelphia Health Commissioner Thomas Farley pointed out, “This is one tax that no consumer has to pay. Everyone can choose to buy bottled water or drink tap water, which is free.”

With several other cities joining Philadelphia in considering sugary drink tax proposals, this year could be a turning point for the movement. San Francisco, Oakland, Albany, and Watsonville have all seen support for the idea in their communities and those are just the ones in California. Boulder, CO recently launched a campaign and before the year is out, we may hear from even more places ready to join this fight for health.

What was originally seen as a “fringe idea" is gaining mainstream acceptance and will continue to gain supporters in Philadelphia and across the country.