The tactics and messages used to win a council vote can differ substantially from those used for a ballot measure. In Philadelphia, having a mayor skilled in working with the council was critical.  For a small city like Berkeley passing a ballot measure, having a well-executed grassroots door-to-door campaign was key. 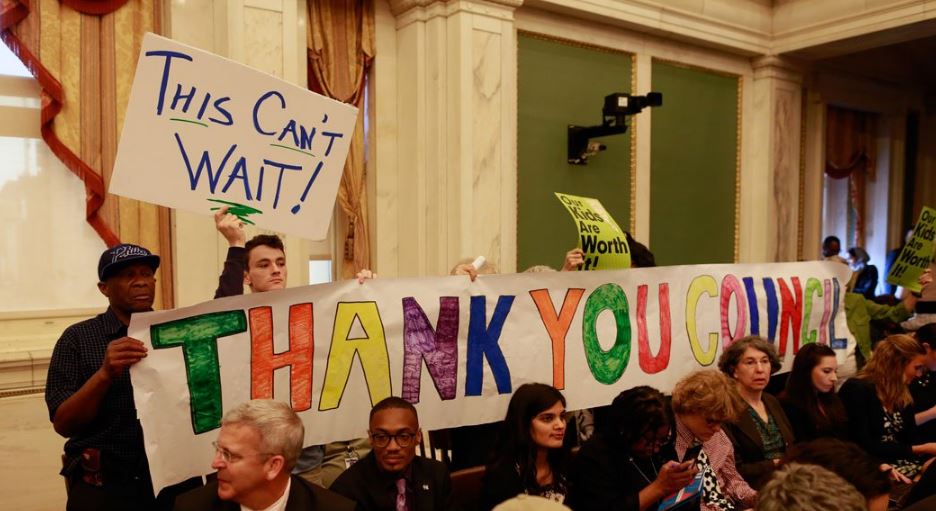 Timing. The mayor introduced his proposal for a tax on sugary drinks at the end of a budget speech where he laid out the plan to fund universal pre-K and other benefits for poor and minority communities.  His timing was key, because he had just been inaugurated in January and was still in a honeymoon phase with both the public and the city council.

Framing.  One of the most critical lessons was the framing the tax as a source of revenue to fund the programs citizens want. Public relations professionals described the Philadelphia sugary drink tax debate as a "case study on the art of defining and framing an argument." By focusing on the benefits of pre-K and other initiatives important to its citizens, Philadelphia was able to build a coalition unprecedented in its breadth: faith-based organizations, community groups, unions, small businesses, educators, doctors, preschool providers, parks and recreation leaders, neighborhood associations, and parents from all over the city.

As coalition leader Kevin Feeley explained, “It was a purposeful choice to lead with the economic benefits, instead of the health concerns, to convince voters and council members to support the soda tax.”  He noted a key lesson for other cities is to:

"Tie the tax to programs that matter to residents and members of City Council."

That said, a frame describing the health benefits was used as a second tier for messaging. The city Health Commissioner Thomas Farley hosted a press conference to showcase support for the tax among leading Philadelphia health professionals who described the harms from sugary drinks. Commenting on the Harvard research which projected major health benefits from the tax on sugary drinks, Farley said:

"There's no other single policy we could implement that would have this widespread, generational impact."

The mayor noted the health component of the sugary tax saying, “it's real and it's an ancillary benefit, an important one” but also pointed out the “serious health benefits in pre-K.”

Community-based messengers. Like Berkeley’s coalition, Philadelphia’s included the very people who would benefit from the tax revenues and they effectively countered the industry’s AstroTurf coalition. They gave the community support needed for councilmembers to stand up for what was right and hold strong against industry opposition. The coalition helped to inoculate policymakers and the public against the millions of dollars Big Soda poured into fighting the tax.

Financial support. At last count, opponents had spent $4.9 million in advertising against the tax, but the final numbers will not be made public until the end of this month. The coalition didn’t let industry ads go unchallenged and spent $1.4 million to air its own ads that touted the benefits of the soda tax.  Feeley said the financial support the coalition received from philanthropists like Michael Bloomberg and John Arnold was a "game changer" for supporters.

Instead of the 33 to 1 spending difference that San Francisco advocates were not able to overcome in 2014, Philadelphia’s ratio was closer to 3 to 1.

Grassroots lobbying. One major challenge was countering the paid lobbyists Big Soda sent in droves to sway councilmembers.  Feeley described how the coalition did it:

"We had people at City Hall every day for meetings with members, stopping people in the halls when they saw them. They were relentless."

Media buzz. The coalition also implemented a well-honed communications strategy that generated a constant buzz of earned and social media supporting the tax. This bolstered the mayor’s consistent use of messages throughout the campaign.

An effective champion. When opponents pulled out the same tired arguments Big Soda used successfully in past campaigns, Mayor Kenney was quick to fire back:

“Well, they've been taxing the poor for generations, and what we're looking to do is take some of that profit and put it back into the neighborhoods."

The result was that even Philadelphia’s beverage-bottling mogul who lobbied against the tax conceded that “the issues make it a harder fight.”  Or, as another opponent of the tax described the political fight, “It was three months of children being paraded out in rallies with crayons."

In the end, Philadelphia’s children and their crayons were able to best Big Soda and its big bucks.  Advocates in places like San Francisco, Oakland, Albany, and Boulder are looking to add more victories to the tally this November and are studying the Philly experience to see what lessons they can apply to their campaigns.