In this month’s newsletter: The New York Times investigates intimidation of Colombian consumer advocates and sugary drink tax supporters ... Our latest edition of Research Watch highlights a new study finding no negative impact in beverage-related employment after Mexico’s sugary drink tax began... Center for Science in the Public Interest releases its tally of sugary drink tax campaign spending in 2017... A roundup of recent media coverage of the sugar reduction movement. 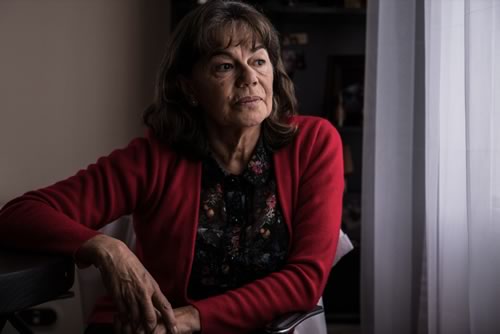 Read all three installments in the series by Matt Richtel, Andrew Jacobs, and Dionne Searcey:

She Took on Colombia’s Soda Industry. Then She Was Silenced.

How Big Business Got Brazil Hooked on Junk Food. 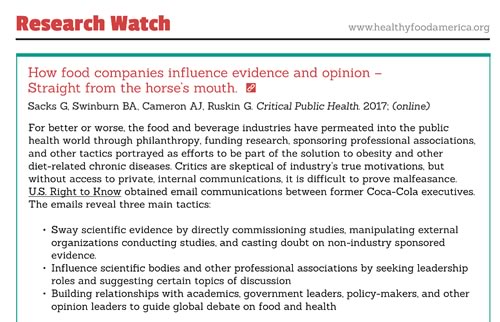 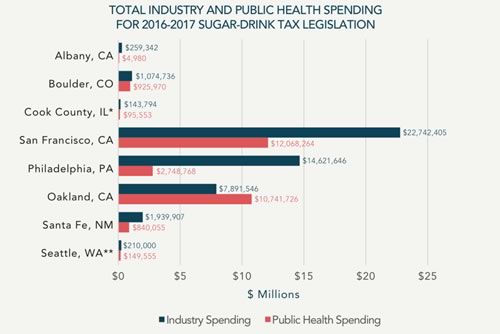 From Center for Science in the Public Interest (CSPI).

Sugar Industry Long Downplayed Potential Harms. (The New York Times 11/21/17) “The sugar industry funded animal research in the 1960s that looked into the effects of sugar consumption on cardiovascular health — and then buried the data when it suggested that sugar could be harmful, according to newly released historical documents. The internal industry documents were uncovered by researchers at the University of California, San Francisco, and described in a new report in the journal PLOS Biology on Tuesday. The report’s authors say it builds on evidence that the sugar industry has long tried to mislead the public and protect its economic interests by suppressing worrisome research, a tactic used by the tobacco industry.”

What the Industry Knew About Sugar’s Health Effects, But Didn’t Tell Us. (NPR 11/21/17) “Back in the 1960s, the fact that our diets influence the risk of heart disease was still a new idea. And there was a debate about the role of fats and the role of sugar. The sugar industry got involved in efforts to influence this debate. ‘What the sugar industry successively did,’ argues Stanton Glantz of the University of California, San Francisco, ‘is they shifted all of the blame onto fats.’”

Another Take on Soda Tax: Businesses Not Hurt by Levy. (The Philadelphia Inquirer 11/1/17) “Sales of soda and other sweetened beverages in Philadelphia have dropped significantly — by 57 percent in volume — since the city’s new beverage tax went into effect in January, according to researchers. But despite that decline, overall sales at chain stores in Philadelphia have not suffered due to the tax, said Sara Bleich, a professor of public health policy at the Harvard T.H. Chan School of Public Health.”

City Council Proposes Taking Sugary Drinks Off of Youth Restaurant Menus. (CBS Baltimore 10/26/17)  ““We know that children throughout our city are suffering from diabetes and other illnesses that are brought on by the over-consumption of sugary drinks, and we think this is a way for us to tackle that issue,” said Baltimore City Councilman Brandon Scott.”

Coca Cola in Saudi Arabia: Can a Corporation Really Have a Social Conscience? (The New Arab 11/15/17) “Putting aside the questionable decision to link a sugary drink to the rights of women in Saudi Arabia, more interesting is the way in which companies are increasingly putting on a show of diversity. The result is a fascinating but not necessarily progressive interaction between commercial forces, and religion and culture.”

TV Ads Still Push Unhealthy Foods at Kids. (US News and World Report 11/6/17) “The researchers ... found that most of the companies that agreed to the Children's Food and Beverage Advertising Initiative (CFBAI) have ignored public health experts' suggestions to improve the initiative.”