Accurate revenue estimates depend on a range of factors, including substantial socio-demographic differences in sugary drink consumption. Researchers used the most recent wave of  data from the National Health and Nutrition Examination Survey (NHANES) 2013-2014 to adjust beverage sales accordingly.

The calculator can be used to estimate tax revenue for all types of sugary drinks, but not diet beverages.  Revenue estimates can be tailored by choosing several key variables, including:

Researchers on the calculator update include Tatiana Andreyeva, the Rudd Center’s Director of Economic Initiatives and Associate Professor of Agricultural and Resource Economics, and Lisa Powell, Distinguished Professor and Director of Health Policy and Administration and Director of the Illinois Prevention Research Center at the University of Illinois at Chicago, with input from Jim Krieger, Dan Taber and Petra Vallila-Buchman of Healthy Food America. 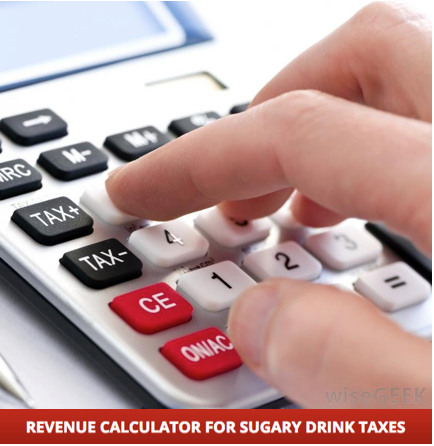