Anyone who was around during the battles against Big Tobacco remembers the notorious tactics: Hijacking science. Co-opting patriotism for marketing purposes.  Paying celebrities millions and using cartoons to promote harmful products to kids.

We are seeing all that and more from Big Soda and junk-food purveyors – but this year, the veil is starting to lift.

Last week, Associated Press reporter Candice Choi highlighted how one of the industry’s most powerful tactics is the funding of nutrition research: “It carries the weight of academic authority, becomes a part of scientific literature and generates headlines.” 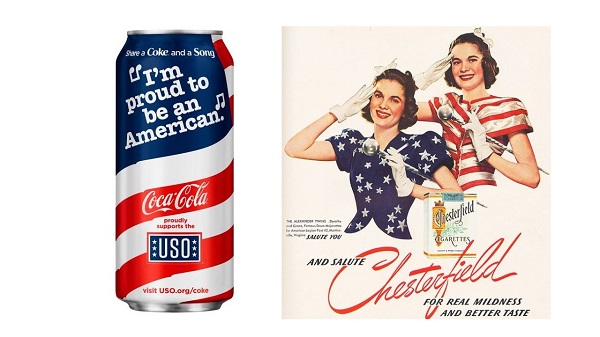 She uncovered e-mails from Coca-Cola's former chief science officer, Rhona Applebaum, to company-backed researchers including the West Virginia University dean of the school of public health.  In them, Applebaum called industry critics “trolls” while researchers helped her plan how to place blame for obesity on “your mother's inactivity."

Meanwhile, a new study chronicles how pop stars are being paid millions to promote products that are almost uniformly unhealthful to young people. Researcher Marie Bragg of New York University concluded that, "Given that we have a childhood and teen obesity problem in the country, [these endorsements of unhealthy foods] are sending the wrong message to young people, and likely contributing to poor dietary habits."

Coca-Cola even used Memorial Day to kick off its latest attempt to distract us from the harms of soda. As more Americans steer clear of soda and sales sag, Coca Cola wrapped its cans in the flag and used patriotic lyrics to push its sugary drinks.  This skewed definition of what it means to be an American is also being used to drive up soda consumption in the communities hit hardest by regressive diseases like diabetes.

But with real American communities from Baltimore and Philadelphia to Boulder and the San Francisco Bay Area pushing back, it’s shaping up to be an epic year for turning the tide against Big Soda.