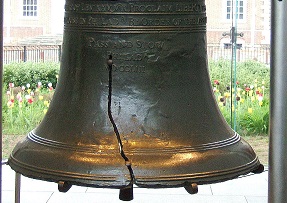 Congress should follow Philadelphia’s lead and enact the SWEET Act, which would reduce the human and economic costs of health conditions related to these beverages. And while we continue to pressure Congress to act, more cities should step up and lead on this critical issue.

History will look back on this as a significant event in addressing the nation’s massive problems with obesity and diabetes.

Center for Science in the Public Interest

The final vote on Mayor Jim Kenney’s soda tax proposal is a huge win for the city’s children and parents, who will now benefit from expanded pre-K and parks. The mayor’s leadership and commitment made all the difference.

I’m cheering for Mayor Jim Kenney and the members of the City Council for rejecting the big spending and false arguments of the beverage industry and for standing by what they know is right for their community.

The Reverend Dr. Martin Luther King once said, “The time is always right to do what’s right.”  Today Philadelphia did what is right.

The success of Philadelphia’s effort is another win for the little guy, in an ongoing David-and-Goliath fight that is proving that science and common sense can beat the big bucks, media blitz and lobbying efforts of soda companies.

Thanks to the tireless advocacy of educators, parents, rec center volunteers and so many others, Philadelphia made a historic investment in our neighborhoods and in our education system today.

Philadelphians for a Fair Future

PFF congratulates City Council and Mayor Kenney for this remarkable achievement. As a result of their courageous leadership, the City stands ready to implement the most significant anti-poverty initiatives in more than a generation.

You can add your endorsement to this historic event by signing our thank you letter to the Philadelphia Mayor and City Council at http://www.healthyfoodamerica.org/thank_youcouncil.