“While none of Big Soda’s dire predictions have come true, we can expect the health benefits such as reduced rates of diabetes and obesity, to materialize as these trends continue. Meanwhile, the revenue is going to support community programs to boost health and access to healthy foods for low-income residents.” 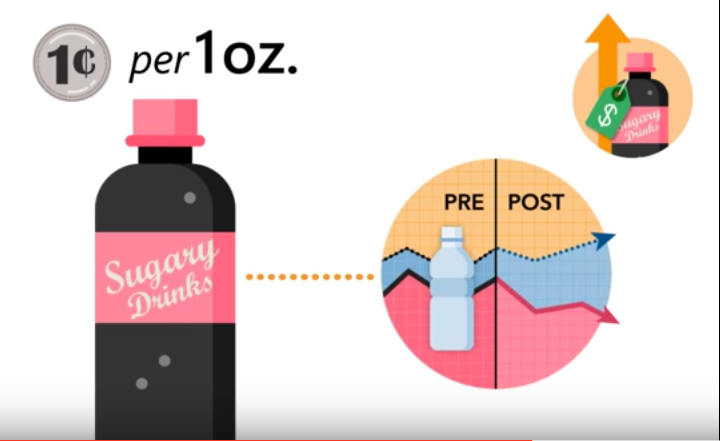 “I was really quite surprised, to be honest,” lead author Barry Popkin of UNC told Time. “Berkeley already consumes [fewer sugary drinks] than the rest of America.”  Even in higher-income communities, it appears, a soda tax can encourage a shift from sugary to less-harmful drinks, so the changes could greater still in lower-income communities and in places with higher consumption rates.

While researchers found evidence that the Berkeley tax is doing what was intended in terms of shifting sales and raising revenue, they found no evidence for the deleterious economic impacts the beverage industry inveighed against during the 2014 campaign for the tax. Now, even some of the once-skeptical merchants are philosophical about it.

“We still do sell sodas and all that but it’s not as much as before,” Murad Hussein, the owner of Ashby Supermarket told the San Francisco Chronicle. “People are drinking more water now or sugar free sodas and juice. ... It’s not as bad as we thought it was going to be.”

“This study won’t stop Big Soda from claiming that taxes don’t work,” said Michael F. Jacobson, president of Center for Science in the Public Interest. “But if soda taxes didn’t make a significant dent in soda consumption, the industry wouldn’t be fighting taxes so hard.”

Noting that action to address rising rates of diabetes and pervasive obesity is long overdue, study author Lynn Silver said, “Somebody has to start somewhere, and it’s often been cities that have taken the lead.”