Soda Is About To Get Pricier For Another 5 Million Americans

First, voters in Boulder, Colorado, and in three cities in California approved new local taxes on soda on Election Day. Then, on Thursday, the board of commissioners in Illinois’ Cook County ― which includes Chicago ― moved to approve a tax of 1 cent per ounce on soda and other sugary beverages.

The tax, set to take effect July 1, will affect all 5.2 million residents of Cook County, the largest jurisdiction to pass a soda tax thus far. 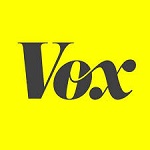 In a devastating blow to the beverage industry, 4 cities passed soda taxes

In a major blow to the beverage industry, all four cities that voted on soda taxes yesterday passed them in landslide victories.

"This is an astonishing repudiation of big soda. For too long, the big soda companies got away with putting profits over their customers’ health," said Jim Krieger, the executive director of Healthy Food America. "That changed tonight."

Voters in San Francisco and three other cities overwhelmingly approved by-the-ounce soda taxes, upgrading Philadelphia's status overnight from outlier to soothsayer in a trend that proponents hope will establish a new kind of sin tax.

Philadelphia five months ago became the first big city to approve a sweetened-beverage tax, set at 1.5 cents an ounce.

Four cities voted to impose taxes on sodas and sugary drinks Tuesday after a fight that attracted around $50 million from activists and food industry lobbyists.

Sugary soda is about to get more expensive in several cities.

"This is an astonishing repudiation of big soda. For too long, the big soda companies got away with putting profits over their customers’ health," Jim Krieger, the executive director of Healthy Food America, told Vox Tuesday. "That changed tonight." 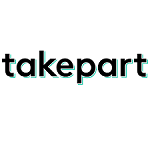 On Tuesday, voters in four cities cast ballots that will triple the number of municipal soda tax measures in the United States. San Francisco, Oakland, Albany, California, and Boulder, Colorado, will join Berkeley and Philadelphia in charging an extra penny or two per ounce for sugar-sweetened beverages. 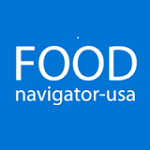 Four US cities vote for soda taxes: 'This is an astonishing repudiation of Big Soda'

Voters in the Bay Area cities of Albany, Oakland, and San Francisco, as well as Boulder, CO, have voted to levy a tax on soda and sugary drinks, while four out of five states passed or likely passed measures to legalize recreational cannabis (California, Massachusetts, Maine, Nevada).

In California, San Francisco’s Measure V passed with 61.87% of the vote, Oakland’s Measure HH received a winning 60.75% of the vote, and, Albany’s Measure O1 was approved with 70.67% support. All three California measures will tax sugary drinks at a penny-per-ounce. 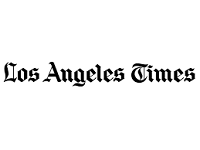 A new estimate of the health impact of soda taxes in Mexico sheds some light on what’s at stake in ballot measures coming to a vote in three Bay-area cities and Boulder, Colo. next week. In cases of heart disease and diabetes averted, the model suggests that, in Mexico, those levies are on track to save close to a billion dollars and powerfully improve lives.

After a tandem run-up in consumption of sugar-sweetened beverages and obesity, Mexico has become one of the fattest countries on Earth. In 2014, it adopted a 10% excise tax on the sale of sugary drinks.

In this election season science and health have taken a backseat. Worse, presidential candidate Donald Trump dismissed climate change as a Chinese hoax. His opponent, Hillary Clinton, vowed to dig up what the government knows about UFOs. Science is hardly getting its due.

Meanwhile in labs and institutions around the country, scientists are hard at work: inventing technologies to make guns safer, developing antibiotics to quell treatment-resistant infections and searching for more efficient forms of renewable, clean energy. This research addresses complex scientific and social issues that require thoughtful policy-making and debate. The country's next Congress and president will have much to consider.