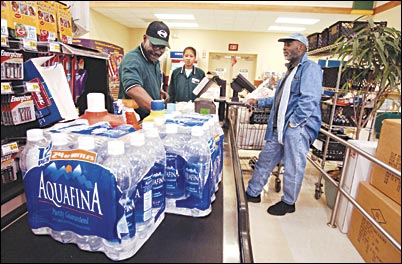 The study, published today in the American Journal of Public Health, surveyed residents in low-income neighborhoods of Berkeley and two comparison cities without a tax, San Francisco and Oakland, both before and after it went into effect in March 2015. University of California, Berkeley researchers Kristine Madsen, Jennifer Falbe, et al, found that:

“Low-income communities bear the brunt of the health consequences of obesity and diabetes, so this decline in soda and sugary beverage consumption is very encouraging,” said Madsen, the study’s senior author and an associate professor of public health at UC Berkeley.

The authors approached residents on the street to conduct in-person surveys in Berkeley, Oakland, and San Francisco prior to the tax (April-July 2014) and after the tax (April-August 2015). Survey participants were asked how often they consume different sugary drinks. The surveys were conducted in low-income neighborhoods with high proportions of African-American and Hispanic residents.

As with any study, there are some limitations to the methodology, noted Dan Taber, Healthy Food America’s vice president for research. The study relied on surveys in select neighborhoods, and participants may have underreported consumption. The effect size was larger than what would be expected based on the price changes that have been reported, and because participants were not followed over time researchers could not assess whether particular individuals changed what they drank.

Madsen also noted that it is hard to discern how much of the changed behavior was spurred by the tax versus the high-profile discussion of sugary drinks and their health impacts before and after the campaign to adopt it.

Still, “this study provides another key piece of evidence that sugary drink taxes work, not just to raise revenue for important community priorities, but also to reduce consumption and shift sales from an unhealthy product to healthier drinks, such as bottled water,” said Jim Krieger, MD, MPH, executive director of Healthy Food America. “As four other communities consider their own taxes this fall, the Berkeley findings join those from Mexico and elsewhere to show that sugary drink taxes have great benefits – especially in low income communities.”