“It was kind of like a scam,” said another.

That is how some Boulder businesses are describing tactics Big Soda used to dupe them into signing on as opponents of a soda tax on the November ballot. Boulder’s Daily Camera reports that many businesses connected to the soda industry’s “No on 2H” campaign are disassociating from it as a result.

“We got conned into doing something that had nothing to do with our ideology," said Stephan Geson, general manager of Mandala Infusion Tibetan Bistro. He told the Boulder newspaper reporter that he supports the tax, and felt the No on 2H solicitor “did not accurately represent either the campaign's intent or the implications of Geson's signature.”

When the owner of the Boulder branch of Great Harvest Bread Company saw his business attached to Big Soda’s campaign ads, he felt “blown away”.

Remember when Big Soda pulled this kind of stunt in San Francisco in 2014 against the sugary drink tax Proposition E?

Here’s how ABC news reported it at the time:

“Some of the businesses listed on the coalition’s ‘No on E’ endorsement list told ‘Nightline’ they actually support Prop E.

Sam Ong, the owner of Smoking Warehouse Barbeque in Potrero Hill, said the ‘No on E’ campaigners told him the proceeds from the tax may not go to the intended childhood health programs. But when told that was false, and the tax dollars are actually earmarked for child health education, he said, ‘then I’m for it.’

At Goood Frickin’ Chicken, another restaurant on the coalition’s endorsement list, the manager pointed out the restaurant has a sign in their window in support of Prop E.”

Maybe Boulder needs signs like these that are starting to pop up in Oakland. 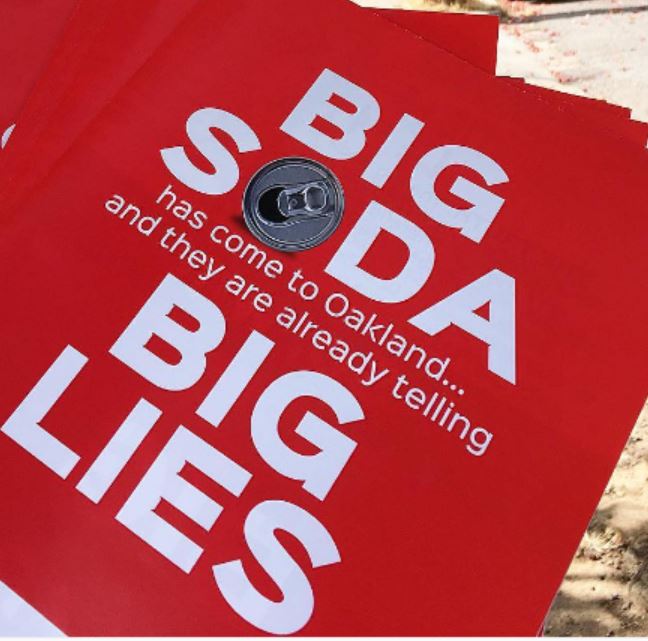 If you’re fed up with Big Soda’s big cons and big lies, join the movement at healthyfoodamerica.org.