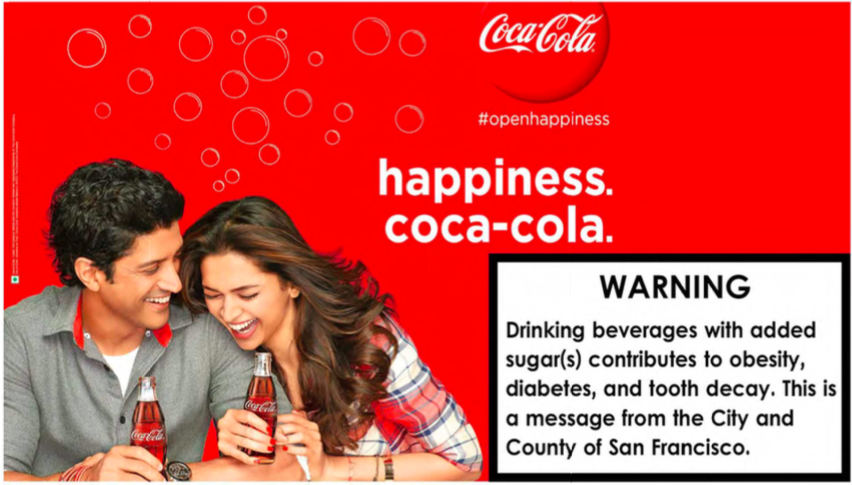 Efforts to tax sugary drinks are also underway in Boulder and Philadelphia.

In San Francisco, the Board of Supervisors last year unanimously passed an ordinance requiring warning labels on publicly displayed advertising for sugary drinks.  Big Soda took the city to court in an effort to block the law from taking effect this July.

Yesterday, U.S. District Judge Edward Chen ruled in favor of the city in denying a preliminary injunction, saying, "The warning required by the city ordinance is factual and accurate, and the city had a reasonable basis for requiring the warning given its interest in public health and safety."

This ruling could bolster efforts elsewhere to move forward with warning label policies. The Baltimore, MD, city council is considering a measure introduced in January to require businesses "that sell or advertise sugar-sweetened sodas, energy drinks, sports drinks, juices, coffees and teas to post signs warning consumers that they contribute to tooth decay, obesity and diabetes.”

The beverage industry has been pushing back hard against cities putting the health of their citizens ahead of Big Soda’s profit.  2016 is the first time beverage makers have had to face so many attempts by cities to tax sugary drinks and we’re not even halfway through the year.  We will keep you up to date on what comes next when you sign up at www.healthyfoodamerica.org/join.