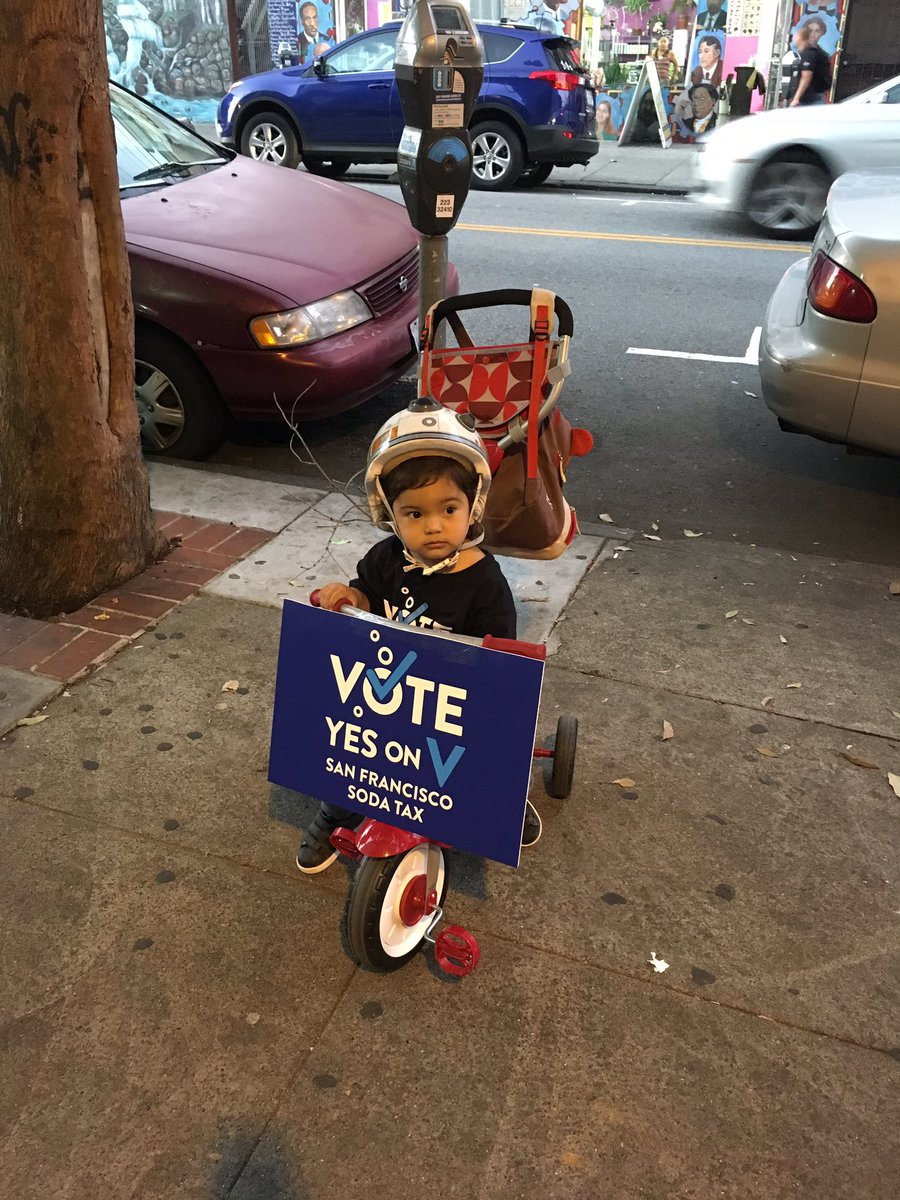 “This vote is an historic turning point in the effort to bring sugar back to healthy levels. Interest in this issue was soaring even before this key victory – we’ve heard from 12 cities and six states seriously considering a tax on sugary drinks in 2017. Now we expect many more places to act to tax an unhealthy product to raise revenue to promote health and other community priorities, reduce diabetes rates and give an edge to the products that are better for their health. They now know they can beat Big Soda and adopt a sound, science-based policy to benefit their communities.”

It’s estimated the four measures that passed yesterday would bring in a combined revenue of $26 million per year. They will also extend thousands of lives and cut diabetes and obesity rates while saving more than $60 million in healthcare costs over the next decade.

Berkeley’s tax has already raised about $2 million directed toward community health programs, while researchers found a 21% reduction in consumption of sugary beverages by low-income residents since the tax.

Philadelphia’s tax is expected to provide universal preschool for all of the city’s 4-year olds, among other benefits. It is also expected to save lives with projected healthcare savings averaging $200 million.

News coverage on the eve of the vote highlighted what was at stake:

The strong ground game was described in Politico:

The pro-soda tax campaigns in the Bay Area and Boulder also held highly visible “get out the vote” drives.  They found many voters were angry about Big Soda’s lies and dirty tricks which made them ripe to vote against the campaigns backed by Coca Cola and Pepsi.

The results speak for themselves:

“Not only does it signify the movement is gathering energy, but it also raises awareness,” he said. “As we’ve seen in Berkeley, every time these efforts win, it leads to a reduction in soda consumption and, most importantly, it makes the public aware of the health hazards of sugar-sweetened beverages.”

And the week isn’t over. Cook County’s board of commissioners—representing five million people in Chicago and surrounding suburbs—is expected to vote Thursday on a penny-per-ounce tax that also would include beverages with zero-calorie sweeteners like diet soda.

Will Cook County IL continue the momentum and join Boulder and the Bay Area with a yes vote on a sweetened beverage tax this week? The board is scheduled to vote on Thursday so we could end the week with another win for health. Follow us for the latest news and you’ll be one of the first to know.